The Institution of Engineers (India), (IEI) and the Institute of Electrical and Electronics Engineers, (IEEE, India) have come together to institute a prestigious annual award for engineering excellence in various fields of engineering and technology under IEEE JANS program. This national level award is to recognize engineering excellence with benefit to society in the Electrical Engineering fields and related technical areas. The award is to recognize the outstanding individual contribution either in the Government, Industry, Academia, or Research and Development organizations. Work done in India only is considered for the award. The contribution can be in the form of innovative products and services, education, research or any other form of serving the community at large by his/her work. This award comprises of an exclusive medal and a certificate.
Jury Comprising Prof. B S Sonde & Prof. V K Atre met on 3 December 2016 at IEEE India office in Bangalore and deliberated on 20 nominations received from eminent personalities. Jury unanimously came to the conclusion of conferring the IEI-IEEE Engineering Excellence Award-2016 on Dr. M Annadurai, Distinguished Scientist & Director, ISRO Satellite Centre. The citation says “For Contribution and leadership in space technology in service to humanity”.

The 2016 IEEE-IEI Award will be presented to Dr. M. Annadurai, during IEEE Bangalore Section 40 years Celebrations to be held on Sunday the 16th July 2017 at Hotel Sterlings Mac Bangalore.  Dr. S Christopher, Chairman, DRDO & Secretary, Department of Defence R&D Government of India will be the Chief guest for the programme and will hand over the award. This Award will comprise of an exclusive medal and a certificate. 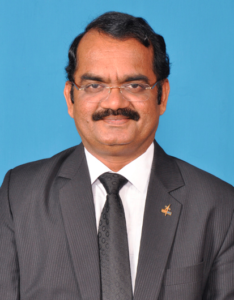 Dr. M.Annadurai, is a Distinguished Scientist of Indian Space Research Organization (ISRO) and currently Director, ISRO Satellite Centre (ISAC), Bangalore. Dr..Annadurai leads a team of more than 2500 engineers and scientists engaged in the design, development and production of satellites for Indian space programme. During the last 20 months (April 2015 – December 2016) a record number of 15 satellites have been realised in the area of Communication, Navigation, Remote Sensing and Space Science. Most importantly, Indian Navigation Constellation (NavIC) is operationalised.
Born on 2nd July, 1958, Dr Annadurai graduated in Electronics and Communication Engineering, Post Graduate in Electronics and holds Phd., in Engineering.
Joining ISRO in 1982, he began his career at ISAC as the team leader to design and develop the Software Satellite Simulator. During the period 1992 -2005, he became the lead member of ISRO’s Mission team and managed Eight INSAT Missions, as Mission Director. He played a pivotal role to bring out ground automation for S/C operations. He also contributed for the first satellite dedicated for tele-education, Edusat, as its Associate Project Director.
Dr Annadurai has made significant contribution to the India’s first Lunar Mission, Chandrayaan-1 as it’s Project Director.  The project has won many appreciations and awards including the prestigious Space Pioneer Award, 2009 for it’s innovative cost effective design, International Co-operation and the historical discovery of water on the Moon.
In 2011, Dr Annadurai became Programme Director of Earth Observation and Planetary Missions. In this capacity he has realised five satellite projects leading to their launch, namely Resoursat-2, YOUTHSAT, Megha-Tropiues, and RISAT-1. The list includes the realisation and launch of the most prestigious Mars Orbiter Mission in record time and successful insertion in the Martian orbit. He has also overseen two student satellite projects.
Dr. Annadurai has received many awards, notable among them are:

Dr Annadurai is Fellow of The Society for Shock Wave Research.  He is also the Chairman of Indian Remote Sensing Society (ISRS) Bangalore Chapter. He has 75 papers to his credit and is the supervisory guide for   four PhD works. He has delivered lectures in many national and international forums and also has written three books.
Dr M Annadurai’s life and works are mentioned in the 10th Standard Science Text book of Tamil Nadu State, INDIA.